After one year break, also this year UFC is visiting Hamburg in Germany - This time at Barclaycard Arena -  It is the second UFC event (known  as UFC Fight Night 134), following UFC Fight Night 93 in September of 2016. The main fight card promised an interesting encounter between Volkan Oezdemir and Mauricio Rua.

Do not miss it! There are still some tickets available here

See  view impressions of the fighters:

In the second edition of Octagon FC in Göttingen, the heavy guys are leashed in the Main Fight. Local hero Szymon Kosman seems to have been able to stop nothing and nobody since his move from the light heavyweight division to the heavyweight division. He has five consecutive wins, knocking three out of his opponents by knockout and two by submission from the cage. He celebrates two of these wins at We Love MMA. Visit this great event! 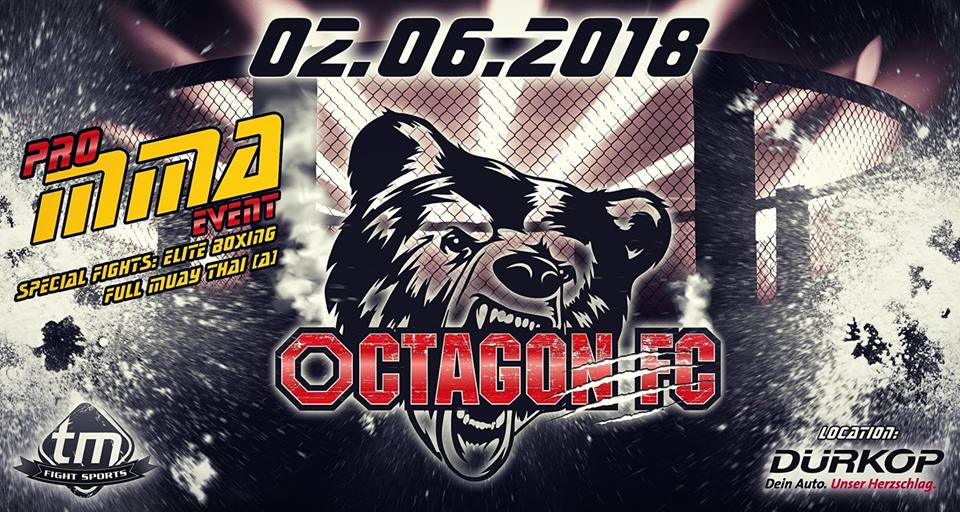 Dear MMA Land Community, we are proud to announce that Aleksandar “Joker” Ilic won the battle by unanimous decision of the judges. However, something that we did not know is that Ilic came in into the fight with a broken rib!

We will have the opportunity to watch him in the ring at FFC since he signed a contract with them for several fights. The “Joker” also revealed that his next fight will take place at the very first event "FIGHT Fight's", which will be held in April 22 in Novi Sad. Aleksandar is just only waiting for the conformation by the opponent.

You can see Aleksandar “Joker” Ilic fight at Combat Challenge 11 below:

Ones more MMA Land Team congratulates Aleksandar! We wish you all the best on the way to UFC!!!